There are a ton of awesome games coming out next month, and even though we’ve only just begun the month of April, May is already on our minds.

We’ve decided to whip together a little list that includes are most anticipated games for the month of May, and here they are:

I’ve been eyeballing State of Decay 2 – which is launching on Xbox One and PC on May 18 – for quite some time now and I have no shame in admitting that. Perhaps it’s the stellar looking third-person action that really strikes me, or maybe it’s the large amount of zombie slaying that I really want to be apart of. Either way, Undead Labs really has my attention and I honestly cannot wait for next month come.

Announced nearly three years ago, May 25 will see the release of Detroit: Become Human, the only new release next month that draws any interest from me. I really enjoyed Heavy Rain, up until the preposterous twist at the end, and am willing to give director David Cage’s next game a shot. The branching story resulting from player choices looks like the same style of game Telltale makes, but in a highly polished AAA package. The script took over two years to write, and performance capturing took almost an entire year. But if the story fails to impress, it should at the very least look amazing on a PS4 Pro with an OLED TV.

When Space Hulk: Deathwing originally came out, it had some issues and didn’t live up to its expectations. Now, Streum on Studio, Cyanide and Focus Home Interactive are releasing an enhanced edition for the Warhammer 40k shooter that aims to address those issues. This enhanced edition will be free for those who already own the game and adds things like a new classes, weapons, customization and enemies. All this along with general optimizations should make Deathwing live up to its potential when the enhanced edition comes out May 22 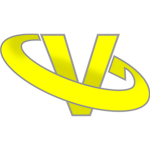