According to the official Japanese Pokemon website (via Polygon), the Pokemon company aims to release specialized 2DS handhelds for the up and coming re-release of Pokemon Red, Blue, Green, and Yellow. 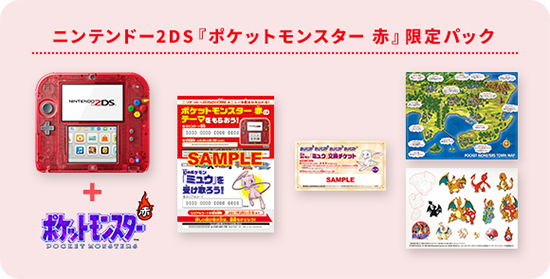 These Nintendo 2DS handhelds will include one digital copy of Pokemon and will be sold in transparent colors.  A digital code for the rare Pokemon, Mew is also said to be included within this Pokemon package, and is to be utilized with Pokemon Omega Ruby/Alpha Sapphire, or Pokemon X & Y.

At this time, these transparent 2DS handhelds have yet to be announced for the West, and have yet to receive an official price point.

Pokemon Red, Blue, Green (exclusive to Japan), and Yellow are scheduled to re-release in both North America and Japan on February 27, 2016 via Nintendo 3DS Virtual Console.