The new and improved Doom will launch on May 13, along with a collector’s edition of the video game, Bethesda announced today. 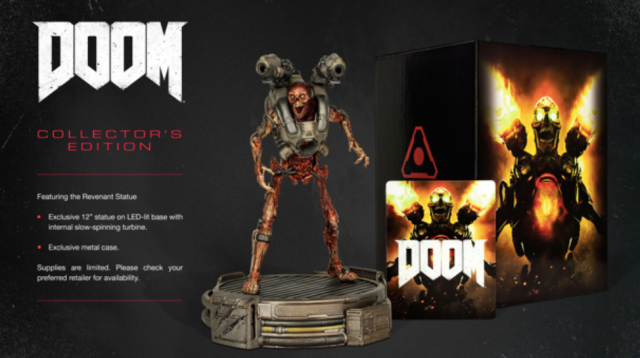 Those interested in preordering the video game, standard or collector’s edition, will gain access to the following in-game items: Demon themed armor set, six metallic paint sets and three id logo patterns, which are meant to be used for weapons and armor, and six hack modules which are to be consumed during online multiplayer.

Doom is set to release for Xbox One, PlayStation 4, and PC.

So what are you’re thoughts on Doom? Interested in the video game? Be sure to let us know your thoughts in the comment section below. And for more information regarding Doom, keep it here, VG News Wire.